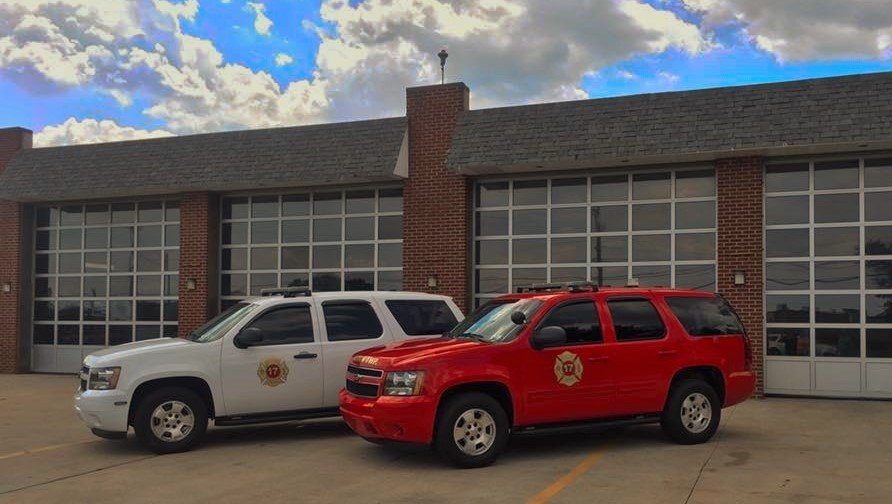 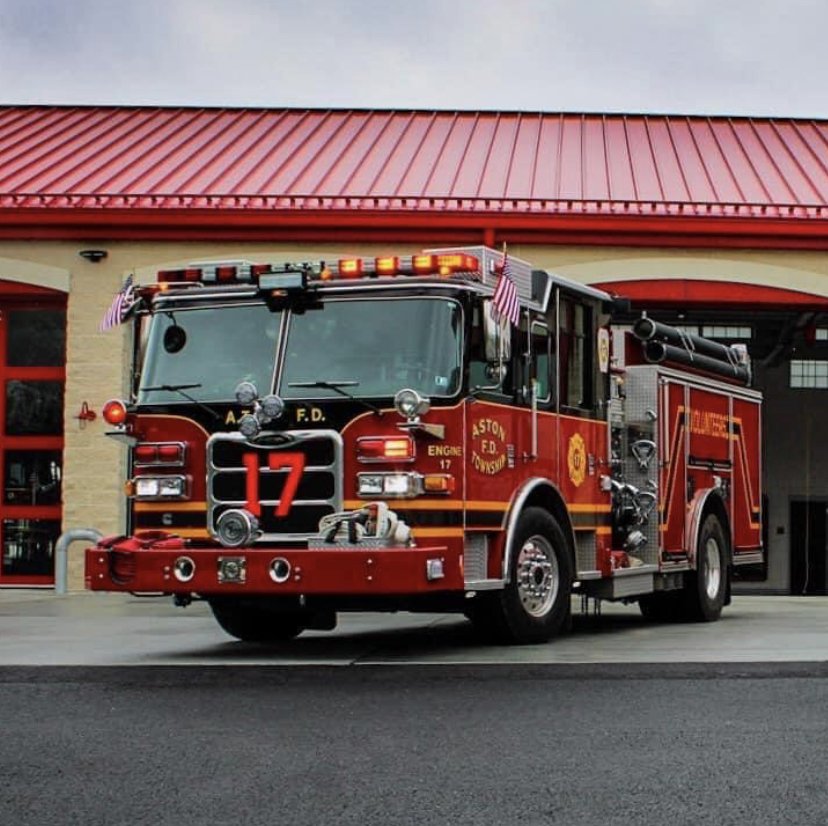 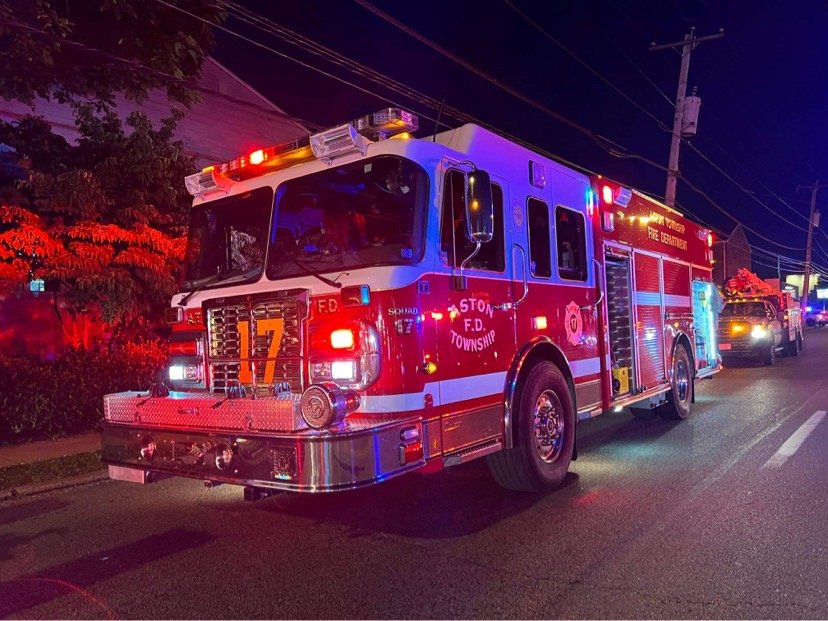 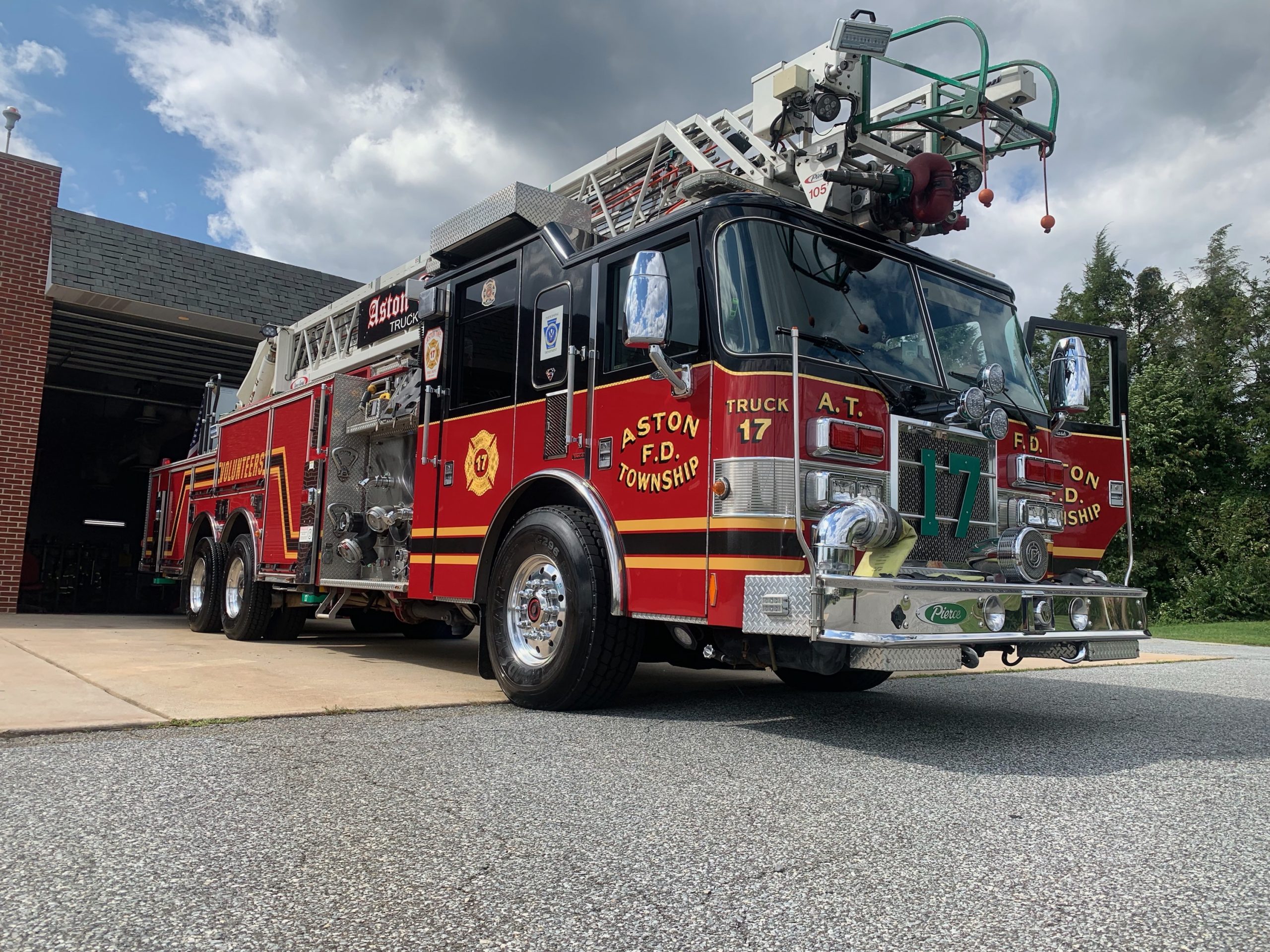 Truck 17 is a 2003 Pierce Dash 105 foot ladder truck. Truck 17 is equipped with 6 man cab, 2000gpm Hale pump and 500 gallons of water. Its primary duties are that of a truck company but this apparatus can also function as an engine company if needed. The ladder carries a variety of ground ladders (1) 35’, (2) 24’, (2) 16’, (1) 20’, 10’ Attic ladder, Little Giant, ventilation fans, gas powered saws, forcible entry tools, gas meter, thermal imaging camera, ropes and other rescue equipment including for RIT and an AED. Truck 17 responds first due to mutual aid building fires, 2nd due to building fires in our local and on RIT. 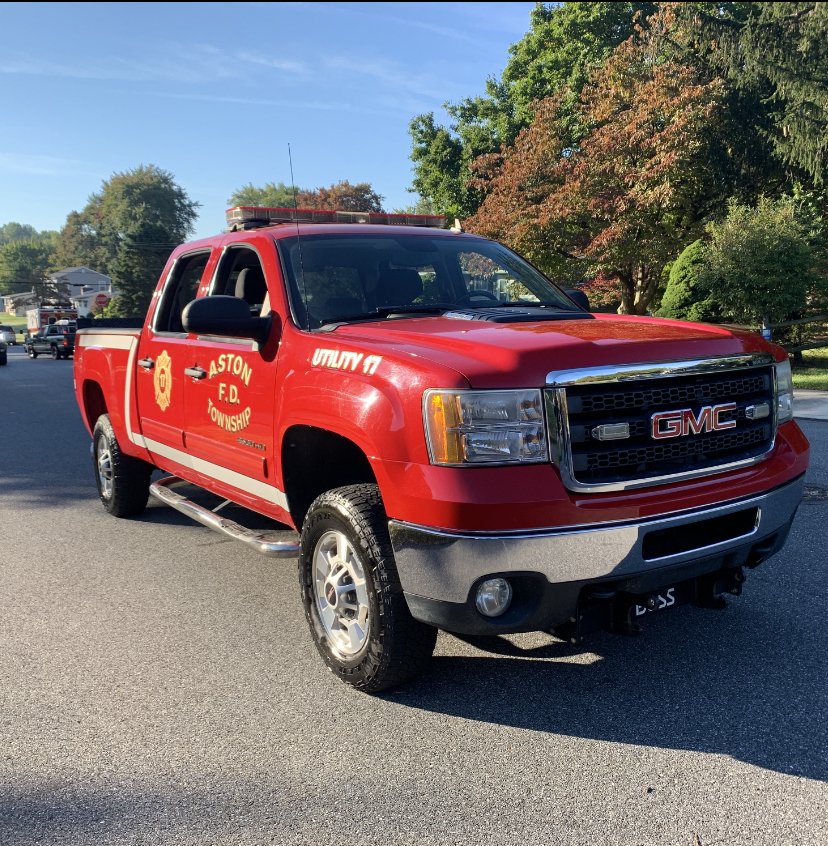 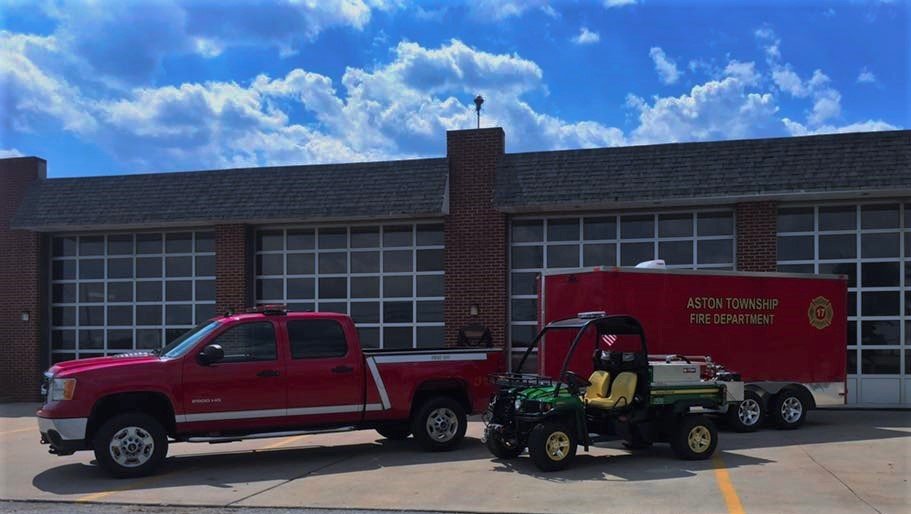 Utility 17 is a 2011 GMC Sierra 4x4 Pickup Trucks used to carry manpower and to tow Gator 17. Utility 17 is used for general miscellaneous purposes. It also responds first out to EMS assists in the snow and to pump outs. 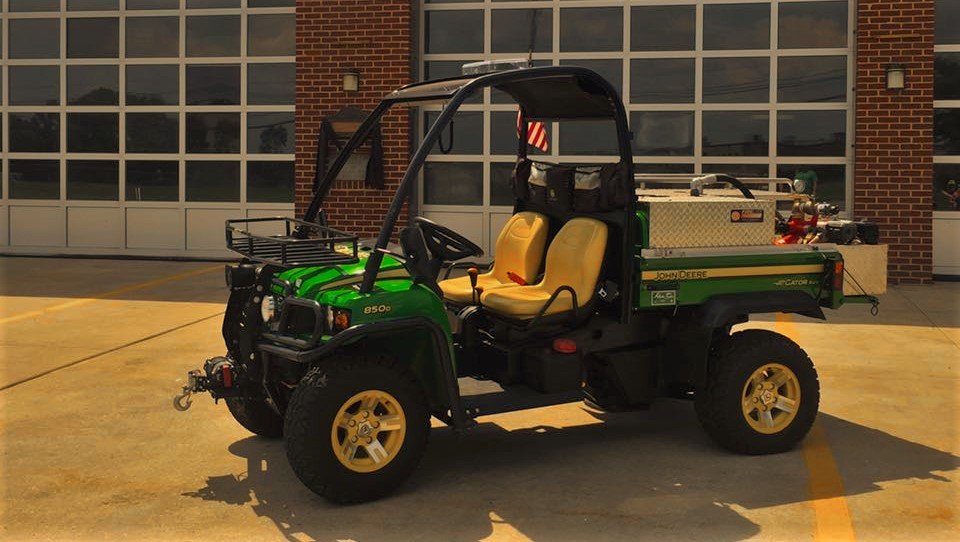 Gator 17 was designed to provide access to patients in places where traditional means of transportation is not possible. It is outfitted with a slide in patient transport unit which allows a patient to be removed from a remote area while an EMS provider can still care for the patient. Gator 17 is typically used at the Sun Valley and Neumann athletic fields and the wood areas throughout Aston and neighboring towns.

Gator 17 is also capable of handling fire suppression duties in the same remote areas where typical fire apparatus cannot. The EMS unit quickly and easily slides out and a fire pump and tank fits in the bed.

This afternoon the Department responded to Upland Borough to assist on a Commercial Building Fire at Crozer-Chester Medical Center. Squad 17 responded and staged as the RIT. An issue with an HVAC system was determined to be the cause and the assignment was downgraded to Co.’s 57 & 82.

Shortly after returning to the station the Engine and Deputy responded in town to the Delaware County Tech HS for the fire alarm. The alarm was a malicious pull station activation and the Engine returned to the station to grab the Squad as the 2nd Alarm assignment was being struck out to the City of Chester. City units had fire in the attic of an end of the group unit. Squad 17 staged as the RIT until released by Command. ... See MoreSee Less

Yesterday the Department responded to four calls, three of those were building fire assignments to provide mutual aid to neighboring departments. Two calls were a result of chimney and heater issues. With the cold weather arriving so quick please remember to get your chimneys checked and service your heaters to prevent having an issue at your home. ... See MoreSee Less

Here are the stats for the department after the 3rd quarter. Looking to become part of the team? Go to www.joinastonfire.com for more information. ... See MoreSee Less

Great work men. Every FD in Delco should post their stats as well!

Thank you for all you do for us

The department along with mutual aid were dispatch to a commercial building fire this afternoon on Concord Rd. Engine 17 had a smoke condition inside the building and investigated further. The source of the smoke was an electrical fire that was quickly knocked down prior to the fire departments arriving by the employees. Command held Engine 17 , Engine 39 Lower Chichester and Tower 10 Upper Chichester ... See MoreSee Less

Where is this at