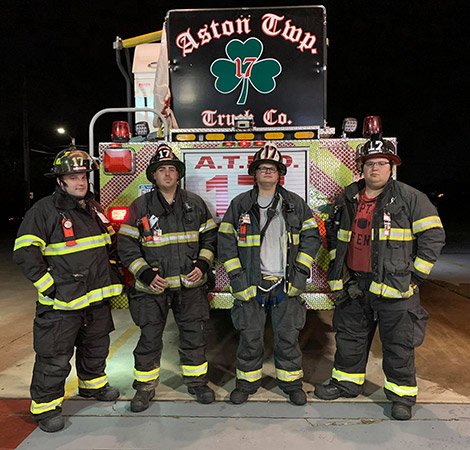 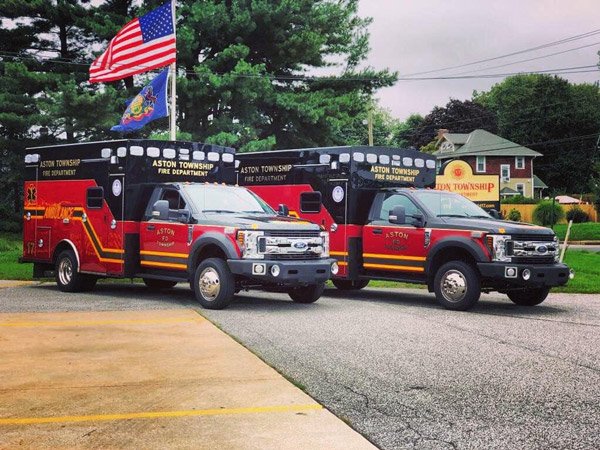 The Aston Township Fire Department is a full service fire protection and emergency medical service public safety agency serving the citizens of Aston Township, Pennsylvania. We are dedicated to the protection of the lives and property of our residents and community, and strive to deliver excellence in our commitment to quick and efficient Fire, Rescue and Emergency Medical Service response and to disseminating public safety and fire prevention education. 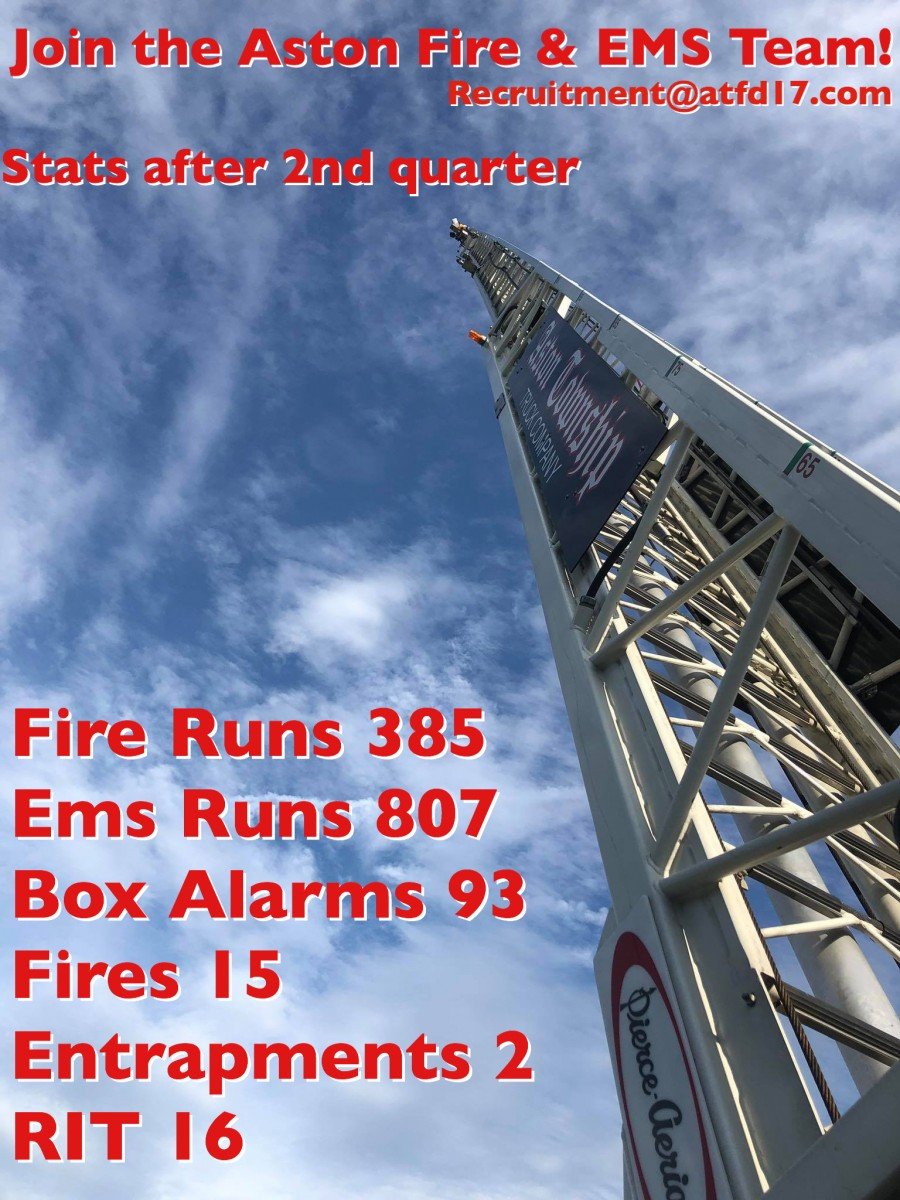 Aston Township Fire Department wants you to join our amazing team. For all inquires contact. Recruitment@atfd17.com.  Don’t miss out on the opportunity to change your...Read More 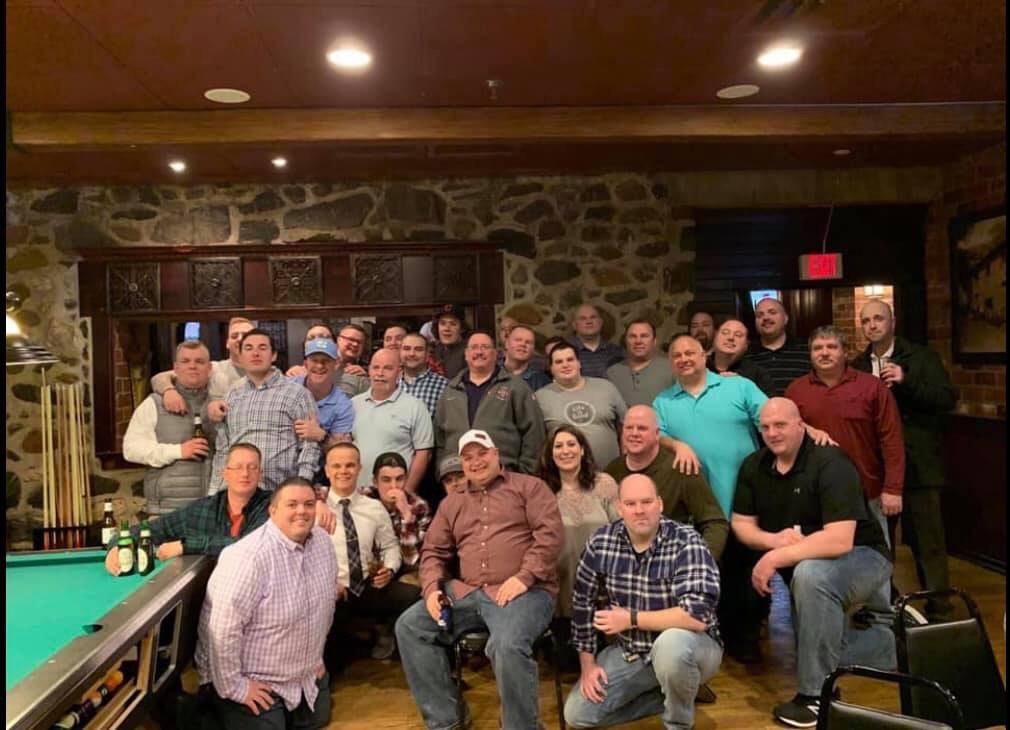 The Department hosted the annual membership appreciation dinner at Barnaby’s. Thank you to the committee for putting everything together. A special Thank you to Lower...Read More 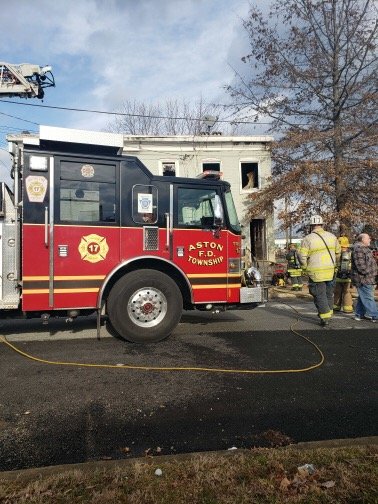 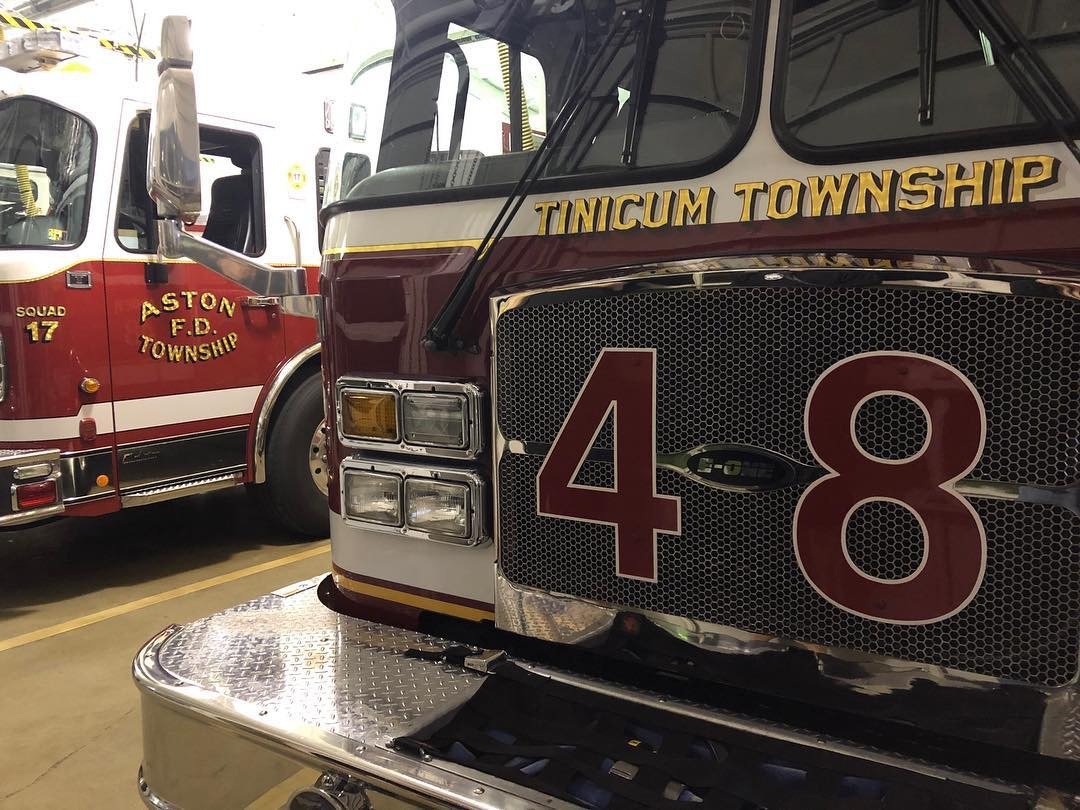 Truck 17 responded to Claymont Delaware as the RIT on this house fire.  Photo from Claymont and Talleyville social media sites 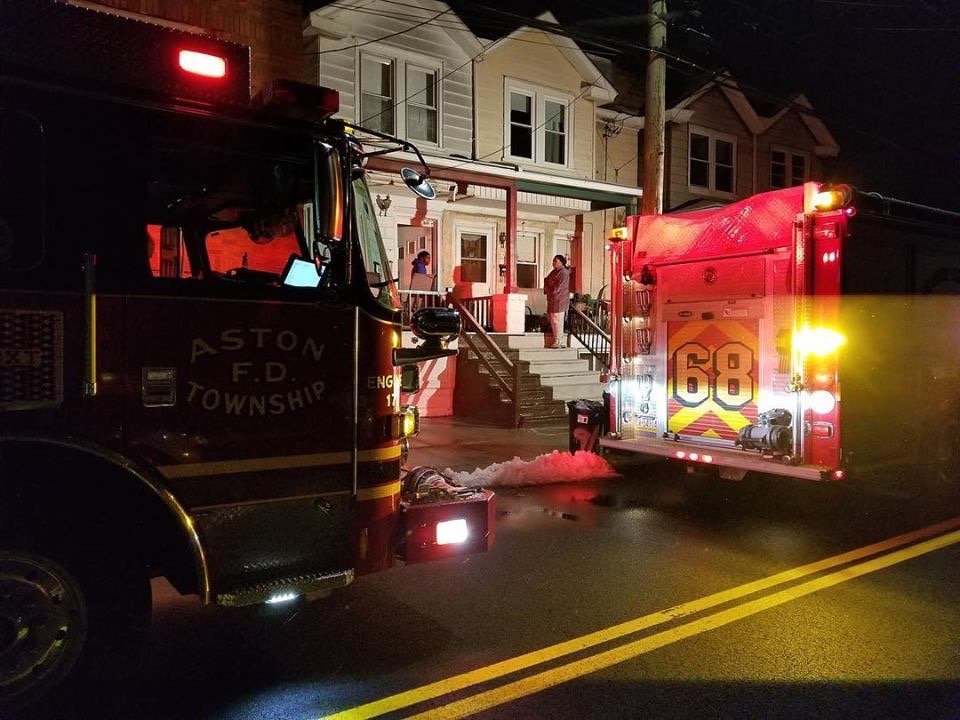 Tonight Aston had the 1st District Duty Engine. Prior to eating dinner the company was dispatched to a gas leak in Aston. Duty Engine 17,...Read More
‹ Previous 1 2 3 4 … 233 Next ›

Become a Member of the Aston Township Fire Department

Come by the station at 2900 Dutton Mill Road on Thursday nights at or contact the fire house at (610)494-6771. Ask to speak with a Line Officer or Board Member. 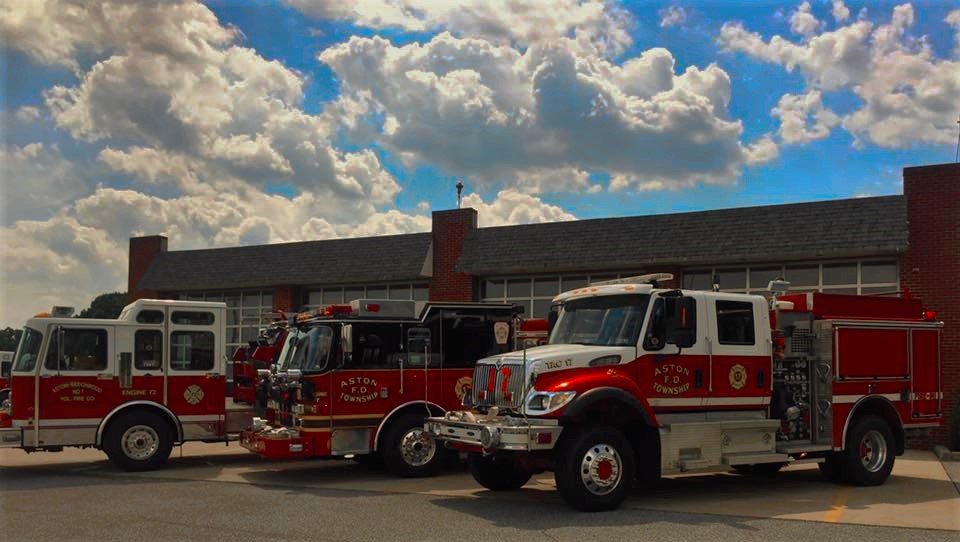 The engine is equipped with a 6 man cab, a 1500gpm single stage Hale pump and 750 gallons of water.
Learn More 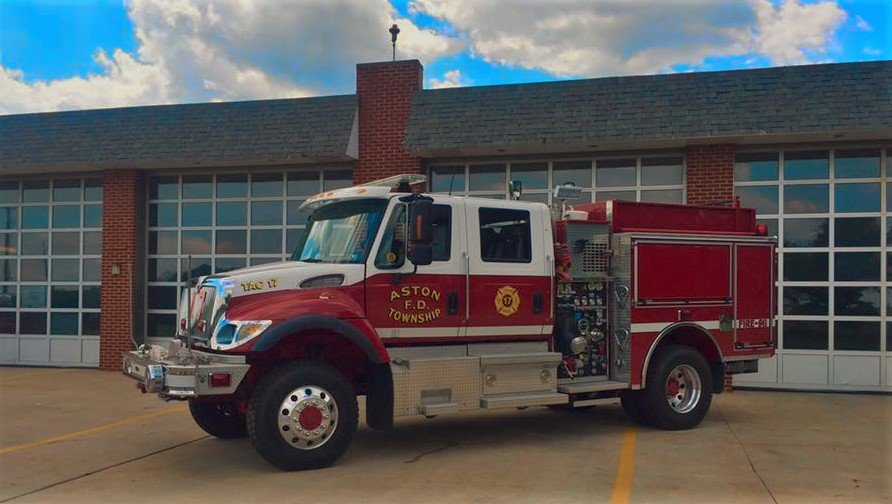 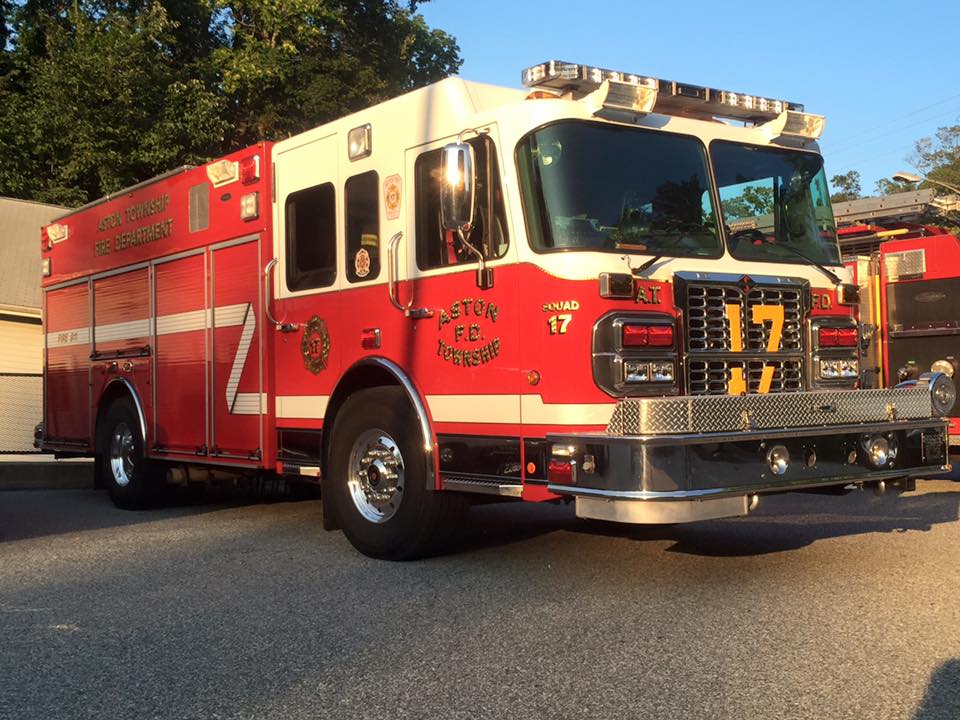 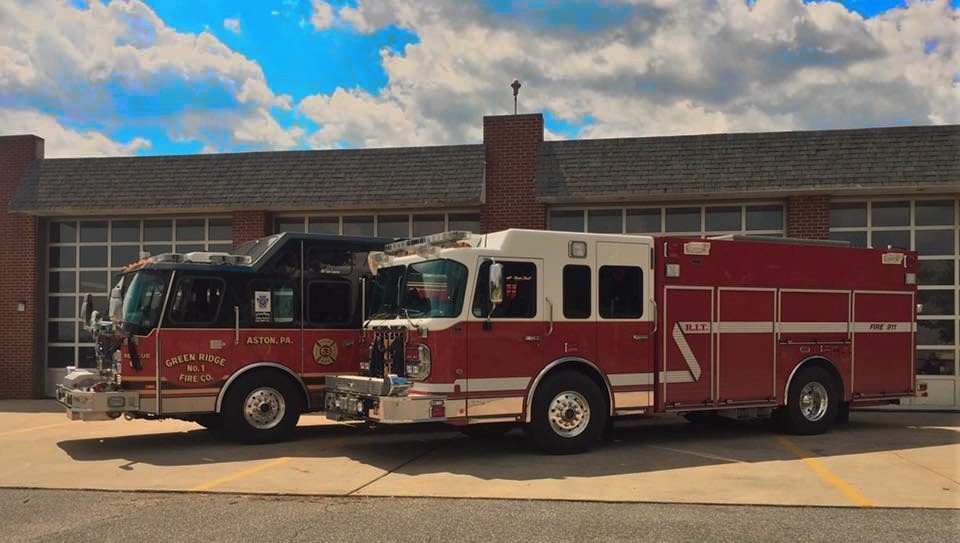 It’s not much of a story, just the history of the organization and the growth of the community fire company, but it speaks well for the people who live in the area homes, and especially for the would be firefighters who started the whole thing. This group of men, met in one of the basements in Green Ridge during April 1942. They felt an urgent need for some form of fire protection due to over 100 homes in this area, and plans for 250 more being considered.

In 1682 Aston was settled as a municipality and was finally incorporated as a townsh ip in 1688. Edward Carter, who was the constable of the township, changed the name from Northley to Aston in remembrance of his old home in Oxfordshire, England.  In 1906, Aston became a first class township.

Along the West Branch of the Chester Creek there were many mills in the early part of the 19th century.