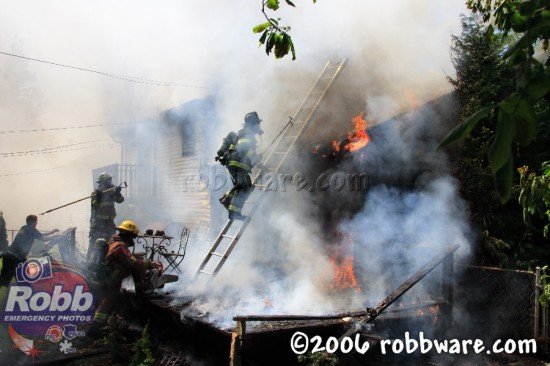 Truck & Engine 63 responded under the command of Lt. Harris(6313)to Upper Chichster for a working building fire. Engine 61 arrived to find a 2 story dwelling with heaving fire showing from the rear. Truck 63 crews started horizontal and vertical ventilation and assisted extinguishing the fire. After the fire was placed under control, the crews assisted with extensive overhaul. Units worked under the command of D/C S. Montello(409a) and Chief J. Smith(619). Thanks to Garden City Ladder 65 and Drexel Hill Engine 20 for covering while we were out of town. The volunteers operated for approx. 2 hours before returning to the station. Thanks to Robb Ware for the pictures from both of the fires.